Albert Edward Cocker was born on 4 May 1886 in Evandale, Tasmania and died in 1975 in Wellington, New Zealand at age 89. 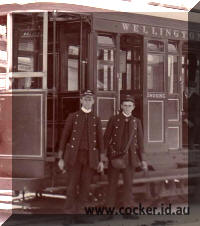 Albert is pictured far left while working as a 'clippie' on the Wellington Tramways in 1912, aged about 26. Grace is pictured at Fielding in the mid 1940's

Albert and Grace had three children:

Albert next married Jessie May Colley. Jessie was born on 21 Oct. They had one son: William Joseph (Bill). 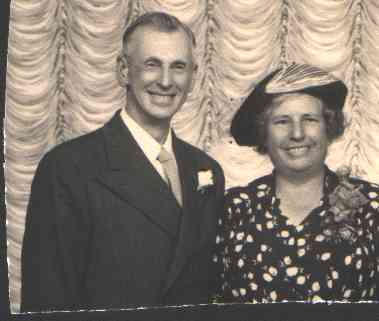