Origins of the Cocker Line

John Cocker’s patrilineal ancestor (father’s father’s father ..) has been traced back some 240,000 years to the beginning of mankind using Y-DNA testing with FamilyTreeDNA. The methodology used was the ‘Big Y Rule of Three’ developed by Bill Woods.  Y-DNA, which is passed only from father to son, has remained essentially the same for the last 240,000 years.  However, on average every 144 years a minor mutation occurs.  These mutations are known as single nucleotide polymorphisms, abbreviated to SNP and pronounced snip.  They are of little significance in terms of human development but are invaluable for tracking evolution.

Haplogroups are formed when two or more males have the same SNP and these haplogroups are then mapped to the Y Family tree.  Powerful and complex analysis has allowed all the major haplogroups to be mapped, both in terms of location (where the mutation occurred) and time (when the mutation occurred).  The Big-Y DNA from FamilyTreeDNA tests, among other things, for the presence of these SNPs which allow an individual to be placed on the Y tree.

This map from SNP tracker shows the Y-DNA SNP path for John Cocker from 240,000 BC to his conception in 1812 at which time SNP R-BY131407 occurred.  The table below shows the approximate time the SNPS occurred. 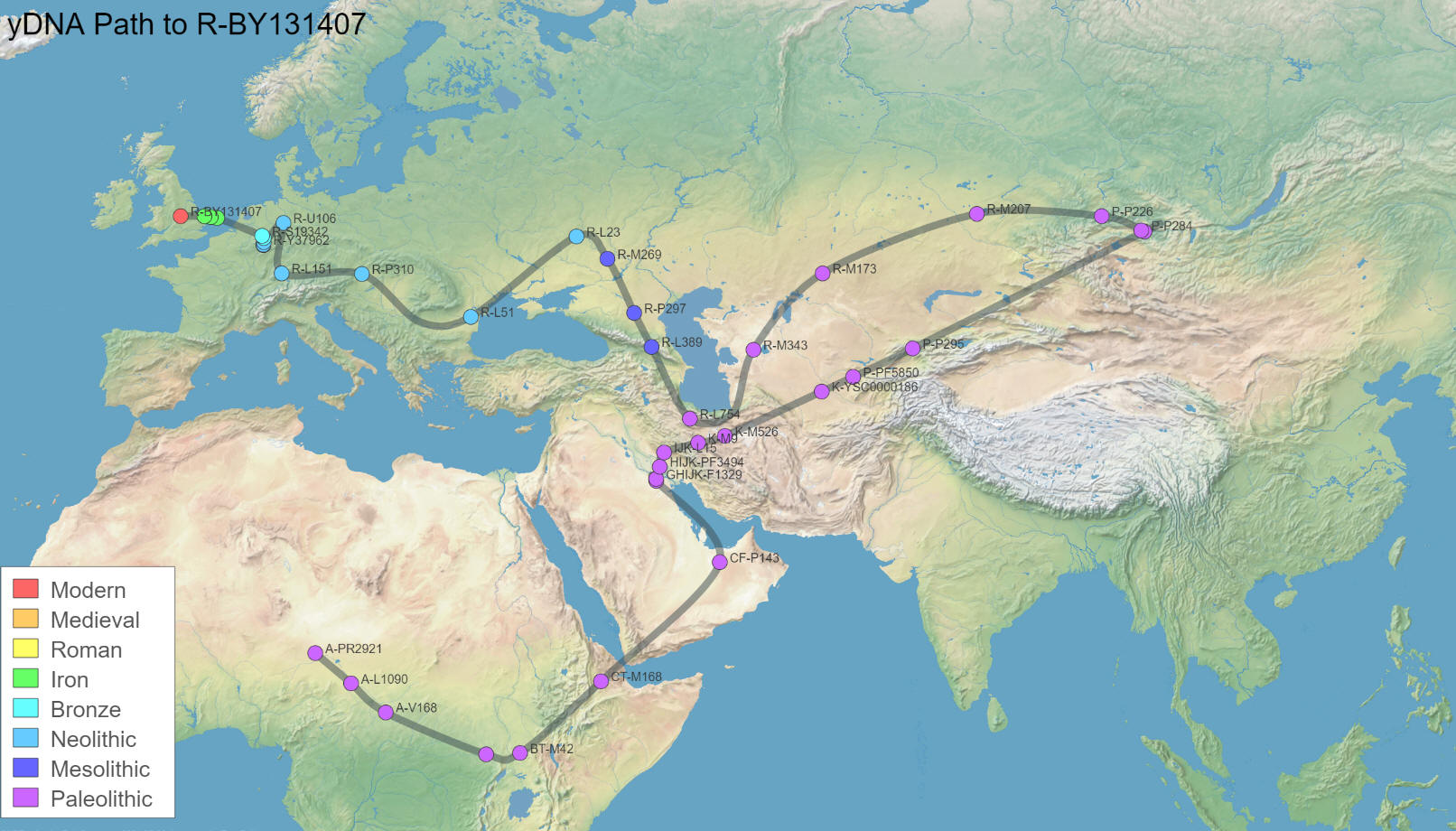 There are some 30 individual SNPs and 2,000 years between the last two haplogroups (R-BY137119 and R-BY131407). Future Big-Y testing will ultimately enable these to be identified and placed on the Y tree, confirming the place and time.  However, sufficient analysis has been done to show that the Cocker family migrated to Norfolk, England from Normandy. According to www.houseofnames.com the family lived in Cochett, Calvados in Normandy and took their name from their location.  They were of Viking and not French origin.

The migration occurred around the year 1066 when the Normans, led by Duke Willian of Normandy (Norman the Conqueror) invaded Britain.  They settled in Norfolk where they held a family seat from very early times and were granted lands by Duke William of Normandy, their liege Lord, for their distinguished assistance at the Battle of Hastings in 1066 A.D.